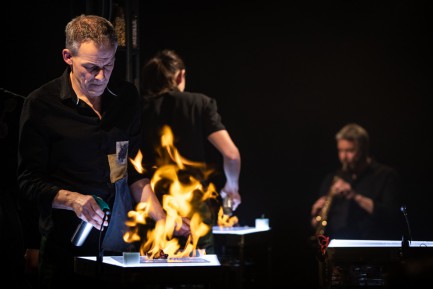 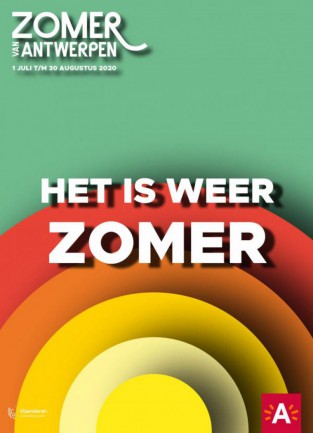 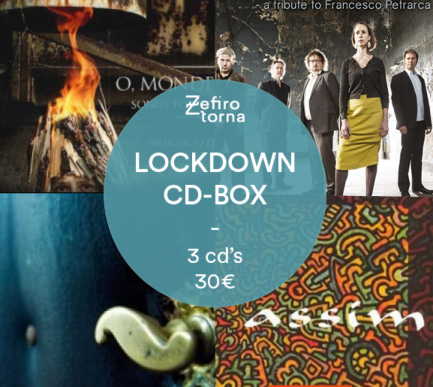 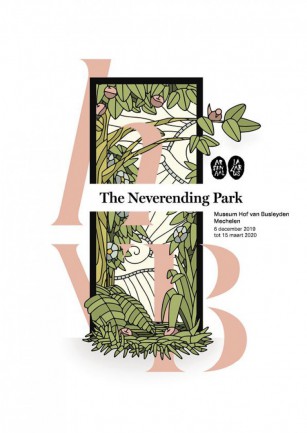 The BACHC®AB programme comes in the shape of a retrograde. Throughout history, chanting backwards has been a returning particularity, which, despite stylistic and compositional evolutions, has survived from the Middle Ages until now. Guillaume de Machaut’s rondo Ma fin est mon commencement, which can be seen as a compact contemplation of time and eternity, shifts into the finesse of the counterpoint in Renaissance and Baroque music. It culminates in the Musikalisches Opfer and Kunst der Fuge by J.S. Bach. But also contemporary techniques seem to have retrograde techniques as a source of inspiration.

Underneath a purely technical charm seems to lie hidden a symbolic purpose. Maybe it is an attempt to control the relentlessly ongoing concept of time? Is it the expression of a negative world view : a waning society in full regression? Or could it be a magical intervention : is it actually possible to rewind an event and undo it by chanting backwards? Or can we, this way, connect the end with the beginning, the alpha with the omega?

Zefiro Torna, contemporary Ensemble Variances (FR) and visual artist Anne-Mie Van Kerckhoven join forces in an exceptional performance around J.S. Bach’s Musikalisches Opfer and a number of musical puzzles. Emblematic scores in the shape of a lobster carrying the world on its back (Cancer Cancrizans), circular compositions that depict the circle of life or compositions related to the symbol of the labyrinth and self-sacrifice, from the Middle Ages to the present, form the common thread. A video artwork by visual artist Anne-Mie Van Kerckhoven reinforces the ritualistic character of the eternal struggle between good and evil and of this existential human quest.

J.S. Bach’s Musikalisches Opfer, dedicated to Frederick II of Prussia, is not a cyclical piece like his Kunst der Fuge of Wohltemperierte Klavier, but rather a collection of solo pieces and ensembles with the ‘royal theme’ as a binding factor. His objective was to develop the musical theme as extensively as possible, going from an open to a rigid contrapuntal technique, and from the counterpoint in the early style like that of the six-part Ricerar, to the style of the trio sonata. As such, the ‘old Bach’ demonstrated that he was still the brilliant musical virtuoso and undisputed master in all compositional techniques. According to musicologist Christoph Wolff, Musikalisches Opfer is actually a hidden musical self-portrait : that of a composer as a piano virtuoso and masterly fugue player, conductor and chamber musician, connoisseur of the counterpoint and erudite figure in the field of music.

Next to this, the almost archaic means of expression and religious symbolism in Musikalisches Opfer, embody a penetrating Weltanschauung that is not in accordance with the enlightened philosophy of the king. This type of music ‘smells of church’, is how Frederick of Prussia put it, and the name of this piece reinforces this fact. With the Canon per Augmentationem, contrario Motu is also a musical commentary on the secular position of the Almighty king.

A two-part canon that is part of the 5 Canones diversi super thema reginum. The first part is played normally, while the second part starts at the same time, but is played from end to start. The term ‘fugue in retrograde (=rearward)’ hints at the movement of a crab or lobster moving sideways.
--

With the Labyrinth of Knossos, which was actually meant to serve as a prison for the monstrous Minotaur, Daedalus created a powerful symbol that expresses man’s enduring quest and fate. The unpredictable paths of life and the many tracks that lead astray are visualized in a stilled way in the Labyrinth.

Throughout history this theme has inspired even the most diverse art disciplines, going from literature to painting, architecture and even garden landscaping. It even plays part in Western music history: for example, from the end of the 14th century – the period of the so-called ‘ars subtilior’ – comes the anonymous three-part ballad En la maison Dedalus. Here, the incomprehensibility of the Labyrinth is used as metaphore for the amourous quest of the narrator, for whom it is impossible to reach his beloved. To emphasise the text’s symbolic content, this ballad was depicted as a labyrinth using a specific type of handwriting. It was not coincidental that the composer chose this work for a canon between two lower parts, a technique in which the different parties continuously ‘chase’ each other, without ever coinciding.

This piece evokes the tribal dances of the Indians of North America. The pulsation, the relationship to the earth and the landscape and of course, the circle and its symbolism of the cardinal points and of the cycle of life, are the frame of this score which uses all the resources of timpani sounds and the incantatory power of the pulsation.

In Ancient Voices of Children, based on poems by Frederico Garcia Lorca, George Crumb explores musical images that reflect Lorca’s imaginary world. Lorca talks of primary things, such as life, death, love and nature, and for this uses a language that offers numerous subtle nuances. A language he himself describes with one word: duende. “all that has dark sounds, the enigmatic force that everybody feels, but not one philosopher has been able to explain (…) it denies all the sweet geometry that man has made for himself”.

Crumb feels the urge to be all-encompassing in his work, and to connect various unrelated stylistic and cultural elements. An example from Dances of the Ancient Earth is the symbiosis of an Arabic sounding melody on oboe with a rhythmic motif on Tibetan prayer stones. De dónde vienes is a vocalization for soprano voice, based on purely phonetical sounds, which asks an enormous technical and colourful flexibility of the singer. Dance of the Sacred Life-Cycle has a cyclical pattern with a musical score in the shape of a circle, in which the same elements are repeated, yet always slightly changed, on top of an obstinate Bolero type rhythm. With the consideration ““Todas las tardes en Granada se muere un niño’’ (Each afternoon a child dies in Granada) and the Bach quote from Anna Magdalena Bach’s piano book “Bist du bei mir”, played on a toy piano, the programme ends in a perplexing serenity.
--
HOLLIGER, Heinz (1939-) – Studie über Mehrklänge

In his study of multiphonics, famous Swiss oboe player, conductor and composer Heinz Holliger, explores the boundaries of the musical instrument (oboe). He demands of the musician to fully put the self aside and cross the borders of day to day life or other conventions.
--
CORDIER, Baude (1380-1440) – Tout par compas suy composés

As suggested in the self-referencing title of Baude Cordier’s three-part rondeau, the composition is not only seen following the principles of a compass – the ideal tool to orient oneself in an unknown landscape – but is also depicted as two concetric circles.
--

A composition inspired by the 16th century anonymous motet Miraris Mundum. The original score is shaped like an emblem of a lobster carrying the world on its back (cancer canzicrans), and thus refers to the retrograde theme.

Ricercare à 6 shows a transient processing of the original theme through the six parts, with the introduction of new motifs as well. The original theme basically only appears as a cantus firmus in the entire context. The name Ricerar is derived from the Italian ricerare, which means to search. A ricerar was initially a free improvisation, but the role and meaning have changed over the years. During Bach’s era, it was strictly a rigidly complex and polyphonic fugue. Ricerare à 6 shows how this aspect of the fugue has been brilliantly developed.
--

Anne-Mie Van Kerckhoven (also know as AMVK) is an artist of exceptional complexity. She continues to live and work in Antwerp, where she was born in 1951. She has been actively creating art as a visual artist, graphic designer and performer since 1970. Being internationally and critically acclaimed, she has always been a pioneer: a female, collaborative, reflective innovator in an art world that is mainly dominated by men, has a focus on market value, and is obsessed with visual art. For this reason alone she should be perceived as an artist of the future. AMVK’s work is truly multidisciplinary.

For BACHC®AB, AMVK will create a video art work, inspired by the emblematic guises of the music and its underlying symbolism. A graphic animated film choreographically illustrates the inner battle between good and evil, as in a voodoo ritual. 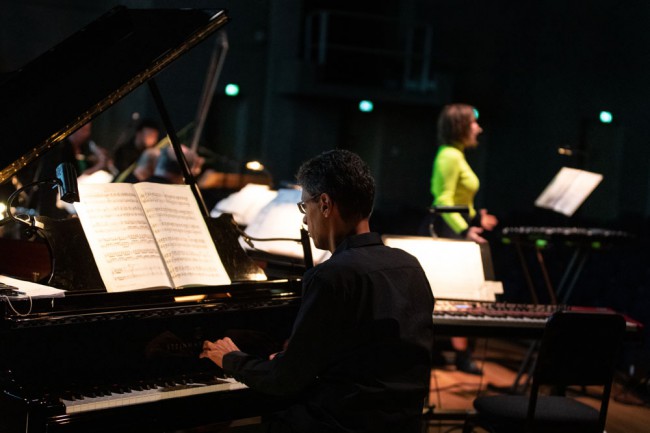 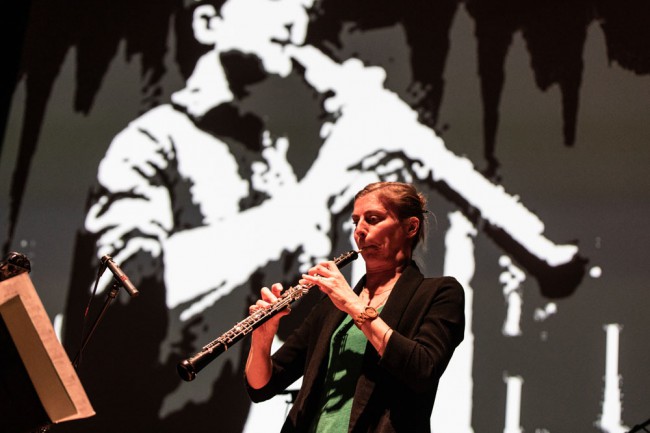 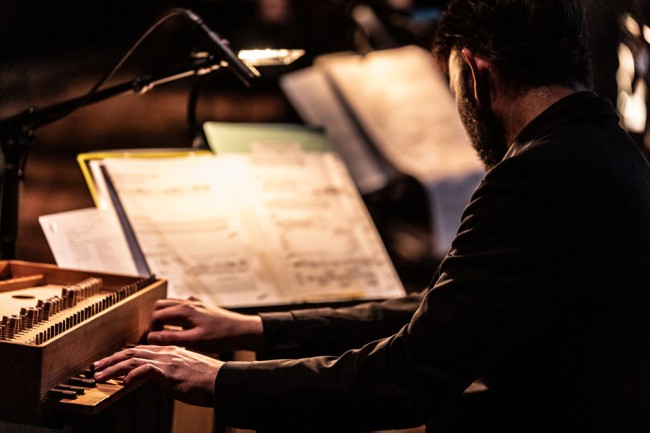 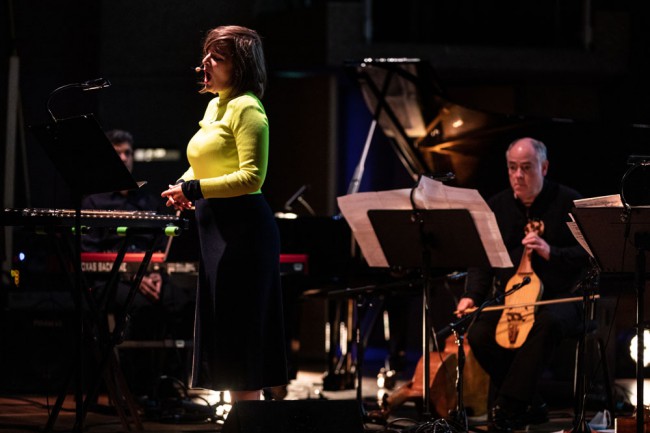 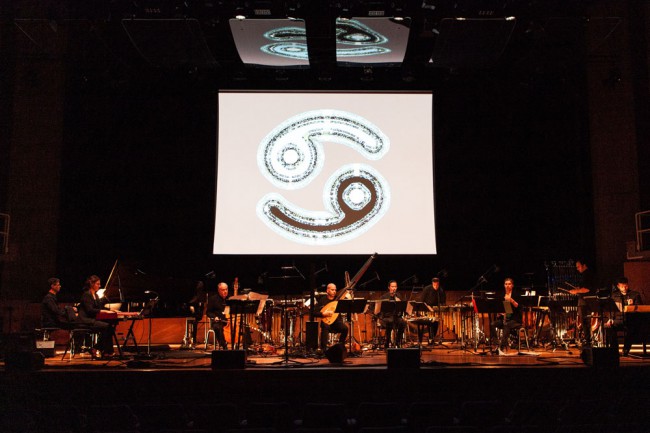 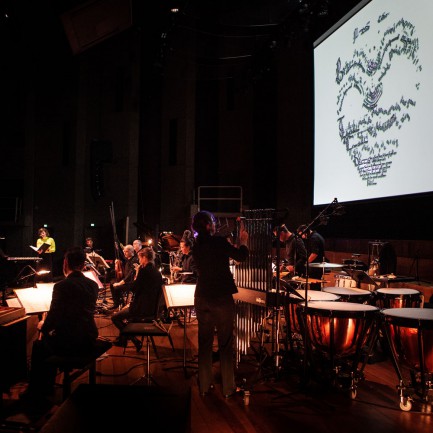 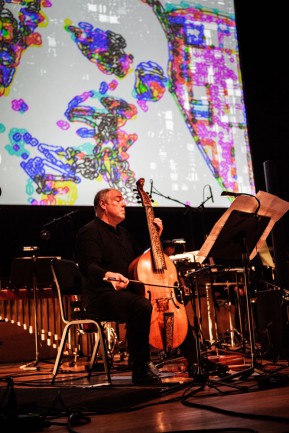 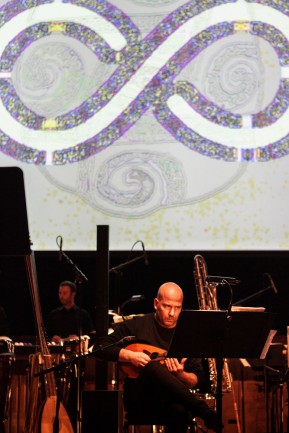 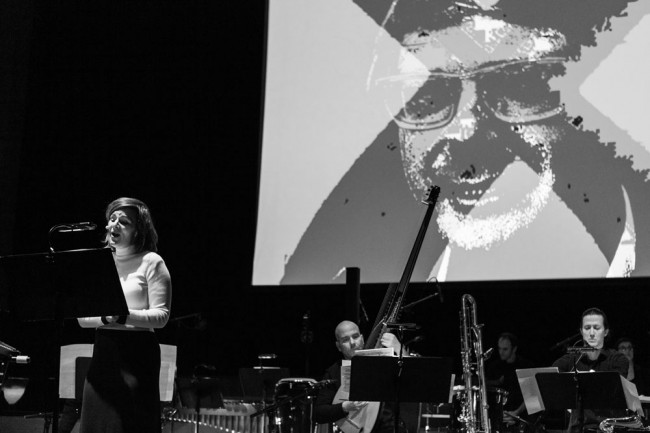